a) Application for Membership renewal within the Association will be made annually on or before August 31st of the previous year, on a form to be provided by the Association on or before June 30th of the previous year. The completed application form must be submitted in accordance with Ontario Soccer Published Rules and EODSA Rules and Regulations.
b) Acceptance of Membership renewals and new Membership Applications after the August 31st deadline shall be subject to the approval of the Board of Directors.
c) Where warranted the Board of Directors will require the Discipline Committee to review the performance of any Club and/or any of its Teams before authorizing its acceptance for the following year.
d) New Members that are accepted into Membership with the Association will be automatically placed on a one (1) year probationary period.
e) By virtue of its Membership, Member Clubs agree to register all of its affiliated Players, Teams, and Leagues with the Association.

Applications from new organizations wishing to be considered for Membership in the EODSA must be received on or before August 31st of the previous year. The completed application form must be submitted in accordance with Ontario Soccer Published Rules and EODSA Rules and Regulations.

Subject to Section III: Club: Registration, new Members may be admitted based on compliance with the following:
a) Availability of Players
b) Headquarters of applicant being in the District.
c) Following an examination to ensure no possible harm is caused to an existing Member.
d) Submission of a proper Constitution governing the applicant's operation.
e) Responsible Officers being elected.
f) Past record, if available, being satisfactory.

If a Club does not register its Players by the deadline the Club League is shut down until all registrations are completed.

Shall be in accordance with Ontario Soccer Published Rules. In addition;
a) General
i) Each Club shall register no fewer than four (4) Teams.
ii) The Association may approve or require the amalgamation of adjacent Clubs into zone representative entities as deemed necessary.
iii) Those Clubs that were in operation with less than four Teams in the season prior to the constitutional amendment approved in November 2000 are “grand-fathered”’ and they may continue to be EODSA Members provided that they meet all other Membership requirements, and providing that they maintain continuous Membership.
b) Youth Clubs

Any Clubs wishing to operate an Outdoor Youth Program is subject to the following:
i) Shall register no fewer than four (4) Youth Teams.
ii) Shall identify its proposed area of operation. New Member Clubs must have their proposed area of operation approved by the Board.
iii) Shall assume responsibility for all Youth Soccer Development within its approved area of operation.
iv) Shall operate a Youth Development Program consisting of a Club (House) League or operate and/or participate within a Multi-jurisdictional Club (House) League.
v) Shall register a greater or equal number of Outdoor Recreational Teams than Outdoor Competitive Teams.
vi) As a condition of Membership shall submit a Volunteer Screening Report on or before August 31st of the previous year, on a form to be provided by the Association no later than June 30th of the previous year.

Shall be in accordance with Ontario Soccer Published Rules.

Shall be in accordance with Ontario Soccer Published Rules. In addition;
1) It is mandatory for all Members of the Association to use Ontario Soccer registration database to register its Administrators, Coaches and Players.
2) All Outdoor Club League Players must be registered by May 31st or prior to the first game of the season and assigned to a Team by June 30th. If a Club does not register it’s Players by the deadline the Club League is shut down until all registrations are complete.
3) The Association will not accept any requests to change the information entered by the Club in Ontario Soccer’s computerized database after May 31st for the Indoor season and after September 30th for the Outdoor season.

Rule 4 Transfer of Players and Coaches

Shall be in accordance with Ontario Soccer Published Rules. In addition;
1) Any Player transferring to a Team within the Club he/she is currently registered with shall complete Ontario Soccer Player Transfer Form and submit the appropriate fee.
2) The fee payable for transfers shall be determined annually by the Board of Directors. The fee together with a copy of the transfer form shall be sent to Ontario Soccer by the Association within seven (7) days of such a transfer.
3) A development or competitive coach of a youth team, who was registered in the past 12 months with one Club may not be assigned coaching responsibilities for the same age group, or the next older age group, at another Club, where 50% + 1 of the prior season’s players of the team, move with the Coach, without written consent of the departing Club.
4) Whether registered or connected to a Club, a Youth Team or Club Official or a person acting on behalf of a Club may not solicit a youth player or a coach of a youth team, of another Club. Solicitation includes but is not limited to recruiting, tampering, contacting a player or parent/guardian to discuss changing clubs or transferring, and speaking disparagingly of another Club, person, or program in an attempt to persuade a player or coach to come to a Club or to enhance the reputation of a Club by comparison.

Rule 5 Movement of Players (Playing Up)

Shall be in accordance with Ontario Soccer Published Rules. In addition;
1) Players shall be subject to any additional restrictions set out in the competition (League, Tournament, Cup Competition, etc.) in which they are competing.

All discipline matters shall be conducted in accordance with Ontario Soccer Discipline Policies and Procedures. A Member whose Membership has been suspended loses all rights of Membership until the suspension has been completed.

1) Players and Club or Team Officials reported for misconduct shall be dealt with by the Association’s Disciplinary Committee, except as stipulated by Ontario Soccer.
2) The Association has the right to take corrective action in dealing with the conduct of its Members. Corrective action is defined as, but not limited to, penalties prescribed by a higher body where applicable or where not defined shall cover suspension, fine, ejection from the Association, posting of bonds, deduction of points, reassignment within the categories/divisions of play, or any combination. Posting of bonds or other sureties shall not exceed $6,000.00.

Protests on games shall be made according to the rules of the competition in which the game was played.

Shall comply with the Published Rules established by Ontario Soccer.

Tournaments are to be conducted in accordance with Ontario Soccer Policies and Procedures and the Tournament Policy of the Association.

Shall be in accordance with Ontario Soccer Published Rules. In addition;
a) Any Club or League desiring to arrange an exhibition game involving a Team from another Association must apply to do so on a form supplied by the Association and according to the requirements of Ontario Soccer, sending a copy of the request to the other Association.
b) Blanket written permission shall be granted by the Association to any Club affiliated to the District to authorize exhibition games which only involve teams within the Club.

The Association may, at its discretion, levy fees for the provision of services to its Members.

Where not specifically forbidden to do so by the regulations of a higher authority, the Association may, at its discretion, delegate the operational responsibility for any function within its jurisdiction.

The Board of Directors of the Association may delegate to any of its Committees the authority to make binding decisions on its behalf unless forbidden to do so by any higher authority.

Rule 14 Amendments to the Rules and Regulations

1) Members and Members of the Board of Directors may propose changes to the Rules and Regulations, which may only be amended at an Annual General Meeting or a Special Meeting, called for that purpose. League Rules and Regulations may also be adopted, changed or suspended by the Board of Directors by a simple majority vote of all of the Directors (present or not). Any changes made by the Board of Directors to the League Rules must be ratified at the next General Meeting.
2) The requirements of Article 12.1, as it pertains to notice, must be adhered to.
3) Adoption of any proposed amendment to the Rules and Regulations shall require only a simple majority of the votes eligible to be cast by the Members present.
4) A copy of every amendment approved at a General or Special Meeting shall be forwarded by the Secretary, or his/her designate, to the Members within twenty-one
(21) calendar days of the meeting.

1) The Association's competitions shall take precedence over all other competitions in the Province, except those arranged by Ontario Soccer or by the Canadian Soccer Association.
2) In all games played under the jurisdiction of the Association all competitively registered Players shall wear numbered shirts. No two Players on a Team shall wear the same number. No Player may change his number during the game without the permission of the Referee.
3) All Clubs under the jurisdiction of the Association shall place their Players at the service of the Association.
4) Any Clubs having two or more Players selected for an Association Representative Team, a Provincial Team or a National Team may have any affected games within the Association's jurisdiction postponed.
5) The Association shall issue identification cards to its Officers, Directors, Life Members and other persons acting on its behalf, and holders of such cards shall be admitted to the grounds of all affiliated Clubs or sanctioned competitions upon its presentation.
6) The Board may declare up to two (2) closed dates per calendar year in the Association's Region. On those dates no soccer other than the game(s) for which the closed dates have been called shall be played in the Association Region. A minimum of three (3) weeks notice shall be given of such closed dates.
7) Any Club wishing to enter a Team in a League outside its normal jurisdiction shall apply in accordance with Ontario Soccer Published Rules. In addition, any applicant Club and/or Team must be a Member in good standing of the Association.
8) Should a deadline fall on a weekend or Statutory Holiday, the deadline will be extended until 3 PM on the next standard business day.
9) Whenever a postmark is a qualifying requirement, it shall be construed to mean a postmark affixed by Canada Post. Metered postmarks shall not be accepted. 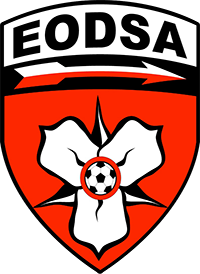